As a rule of thumb, two consecutive quarters of decline in economic growth cause a recession.

The Bureau of Economic Analysis issues three figures for GDP for every quarter, released a month apart – advance, second release and final. The figure released on 28th July is the advanced version. Nonetheless, the second and final version might not change a recession to economic growth.

The release of specific economic data, like in this case, can create a lot of volatility in the financial markets. Traders usually tighten their stop losses and refrain from entering new positions due to market uncertainty.

However, Whitehouse might have tipped the markets on the economy’s performance for the second quarter of 2022 two weeks earlier by issuing a press release.

The Whitehouse wanted to change the definition of a recession to fit its agenda.

How did the markets react?

Contrary to what many expected, the financial markets rallied to the announcement. Financial market indices performed best since November 2021, closing July 2022 as the best-performing month of 2022.

It’s hard to say how long the market rally will last. However, this could be a bull trap. A bull trap occurs when the overall financial markets and the economy declines due to adverse economic conditions. Despite all the negative news, there may be a change in the market’s direction from negative to positive.

In this case, the rally was triggered by guessing the interest rate increase by the FOMC for July and the negative GDP growth. Once again, just by correctly guessing the news and nothing else.

The positive news lures investors to invest in the financial markets by buying investments like stocks, cryptocurrencies and commodities, only to have the market change its direction and follow its original direction, i.e. downwards. The positive news “traps” investors into investing, causing losses on their investments.

The current economic climate doesn’t justify the rally in the financial markets. The Federal Reserve is still increasing interest rates to control inflation, and significant publicly listed companies missed their projected earnings, while others signalled layoffs or hiring freezes. 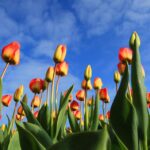 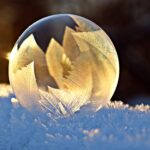 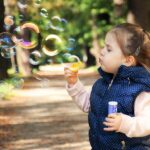