National governments determine fiscal policy. Suppose a government within a particular economy considers the economy is overheating or growing too fast. In that case, it will increase taxes and reduce its expenditure. For example, a government believes that people are smoking too much, which is causing a burden on hospitals. In that case, it may increase cigarette taxes, so people smoke less.

Imagine a government that believes that the economy is slowing down. In that case, it will reduce taxes and increase its expenditure to stimulate the economy. For example, a government can encourage people with children to return to work by giving tax breaks and subsidising childcare.

The most notable central banks are the Federal Reserve (America), Bank of England (BOE), Bank of Japan and the European Central Bank. The ECB consists of 19 out of the 27 member states of the European Union.

While central banks are independent of the government of their country, they cooperate to ensure that economy works at its peak performance.

For example, during the 2008 financial crisis, known as the subprime mortgage crisis that resulted in a recession, the US Government and the Federal Reserve worked together to get the US economy back on track.

The Federal Reserve reduced interest rates to discourage people and businesses from saving and encourage them to spend instead. At the same time, it engaged in what’s known as quantitative easing.

Quantitative easing is when a central bank buys investments such as bonds and shares from financial institutions like banks. The banks get money in return, and central banks increase the money supply, making it more accessible for banks to lend money to their clients to stimulate the economy.

Inflation refers to a general increase in the prices of goods and services. The probable cause of inflation occurs when too much money is chasing too few goods. Central banks try to reduce the money supply by encouraging people to save, spend less or discourage people from borrowing by making it more expensive. They’ll add a cost when people and businesses use the money to discourage its use.

They believe if central banks use the wrong tools, they can create more harmful economic problems. One case is a recession or, even worse, an economic depression.

They believe that the cause of inflation is due to supply chain issues such as – China’s zero-covid policy, the war in Ukraine and the sanctions on Russia.

How does an increase in interest rates affect you?

One of the central banks’ objectives is price stability by maintaining inflation at around 2% per annum.

On the 9th of September, the European Central Bank (ECB) decided to increase the interest rates for the second time this year. It follows decisions by the Federal Reserve and the Bank of England.

When a lender borrows money for a long time, for example, 30 years, the loans get paid in monthly instalments over the same loan lifetime. The instalments paid consist of the capital, i.e. the sum borrowed from the bank and the interest rate. The interest rates are the cost of borrowing.

When the increase in interest rates gets trickled down by banks to borrowers, they’ll have to pay a higher instalment. Since salaries and wages don’t increase so much in the long-term, a higher monthly payment will reduce that person’s purchasing power to borrow, so they spend less.

If people spend less, according to the laws of demand and supply, prices should theoretically go down.

Some argue that the cause of the present economic crisis has nothing to do with money supply but supply chain issues. Consumer spending is a business’s revenue. Therefore since people will have less disposable income, they will spend less, which may trigger a recession.h

The ECB is suggesting another increase in interest rates by the year-end. Everything will depend on the circumstances leading to that decision. 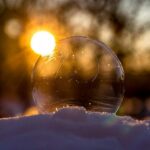 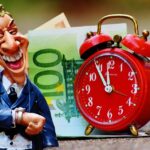