Most people may seem to have ignored inflation and its effects on the prices of goods and services for some time. Lately, people are getting fervent as the cost of essential goods and services is eating away at their salaries and wages. Low-income earners may need to tap into their savings to continue with their daily routine.

The most popular proposal is increasing salaries and wages to match the cost of living. The argument is that if inflation rises by 9% this year, the pay increase should match the inflation rate. Does it make sense?

A pay increase should always match productivity or efficiency simply by going the extra mile and getting rewarded.

The effects of giving payroll increases or handouts during stubborn inflation are the same as putting a band-aid on a bullet wound. The bandaid may solve the problem for a few seconds, but the bleeding will continue soon after. The same applies to payroll increases during these periods of high and consistent inflation, which means higher inflation rates or chances of a brutal recession.

Most European economies enjoy higher participation from the government and private sector. In the US, the American government plays a minor role in the economy than in Europe, as government participation is considered government intervention that goes against the spirit of capitalism.

One case in point is healthcare. In most European countries, healthcare is either free or heavily subsidised. In the US, primary healthcare is a luxury, and a minor visit to a hospital can cost hundreds of dollars. The bills have to be paid by patients unless they have insurance.

Similarly, respective governments assess pay increases through a mathematical mechanism that depends on the inflation rate.

You’re most likely a taxpayer or a consumer, or both. The initial pay increase given to everyone would be paid back later through higher taxes and prices. You’re the one who’s going to fund the increase in the long run.

Businesses aren’t charitable institutions. Businesses exist to generate income for their owners. If businesses increase their employees’ paychecks, they must pass on the increased costs to clients. If they don’t do that, they won’t remain profitable and go bust.

Most of the time, businesses can increase prices if their costs increase. The effect of an increase in payroll on consumers is more imminent from the businesses’ side than from the government’s side. Even though increases in the cost of goods and services are undesirable for consumers, consumers often seem more understanding, and there’s nothing they can do.

On the other hand, governments can be more susceptible to political attacks from parties in the opposition, unions, business lobby groups and other organisations. These groups can describe the government as insensitive during precarious times.

The initial pay increase designed to reduce inflation’s impact on employees created more inflation. The increase in pay to counter inflation was eaten away by the “new” inflation.

The risk of higher inflation can cause stagflation. Stagflation is when inflation increases and unemployment increases. It happens when people perceive that inflation will continue to increase and decide to spend the bare minimum. They’ll decide to hoard money as they believe that the state of the economy will worsen.

One must remember that a customer’s expenditure is a business’s revenue. If consumers spend less, businesses will have to reduce expenses to remain profitable. Usually, the first expense to get the axe is payroll, when employees start getting redundant.

An increase in payroll may cause the economy to be uncompetitive. If the price of domestic goods increases, it would be cheaper to import than to export.

It’s challenging to navigate in uncertain times. However, an illustrative proposal that has proved successful is financial support or subsidies. Subsidies are when a government decides to pay part or the total price of a good or service.

Subsidies on raw materials arriving into an economy can be more beneficial and lead to less retailer abuse. Subsidies include financial support for water, electricity, and raw materials such as grain and petroleum products. 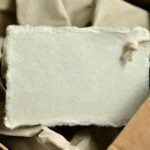 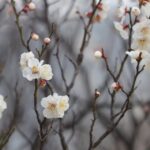 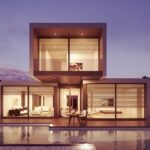 Are property prices going to go down?