Markets in Crypto-assets: The cons, the alternative and the silver lining

On the 31st of March 2022, 117 out of 705 Members of the European Parliament voted on the Transfer of Funds Regulations. 58 MEPs voted in favour, 52 voted against, and seven abstained.

The European Parliament’s vote is the final stage in the proposed EU cryptocurrency law known as “Markets in Crypto-assets” or MiCA. The aim is for the members of the European Union to have a set of common laws to regulate distributed ledger technology and cryptocurrencies while protecting users and investors. One advantage of the law is implementing a single licence regime across the 27 member states.

The three main points of conflict between the European Parliament and the crypto industry are:

The European Parliament had previously tried to ban proof-of-work cryptocurrencies, a protocol used by Bitcoin, claiming that it’s harmful to the environment because of the energy-intensive process. However, this fell through at the EU Parliament’s Committee on Economic and Monetary Affairs (ECON).

An alternative to the rules

The MEPs who favour the regulations assert that the rules will weed out bad actors using cryptocurrencies, such as the use to fund terrorism, drugs and other illicit activities.

Unlike banks, where law enforcement agencies require a court order and cooperation from foreign jurisdictions to obtain records to investigate suspicious behaviour, cryptocurrency transactions are recorded permanently on a public blockchain.

There exist software packages unknown to MEPs that have been on the market for several years that can track and trace cryptocurrency transactions, such as Chainalysis Reactor, Coinpath, CipherTrace and others, to mention a few.

A case that comes to mind is when American authorities managed 120,000 Bitcoin worth $3.6 billion from an exchange hacked in 2016.

A sad story for the EU

The regulations passed with only six votes – 58 in favour and 52 against the regulations. It is saddening that only 1 out of 6 Members of the European Parliament showed up to take a vote.

Several prominent figures in the crypto industry, such as Coinbase CEO Brian Armstrong and Kraken CEO Jesse Powell, voice their opinion against these regulations. Describing the rules as draconian, arguing that they are bureaucratic, go against citizens’ privacy and are anti-competitive for the European Union.

The rules will constrain European tech startups and businesses. The EU will fall behind in innovative technologies in blockchain and other technologies like Artificial Intelligence. The US is already ahead of Europe, and China is well ahead of the United States.

The European Union is already severely disadvantaged as it has a fragmented market. There are 27 members of the European Union, each having its rules which may vary considerably from one member to another. The Transfer of Funds Regulations will further give the EU an unnecessary disadvantage that it already has.

While China and the US innovate, the EU will sit on the sidelines and regulate what its citizens can and cannot due to the cost of innovation.

A Twitter user compared the situation of the US and China being leaders in inventing new cars, and the EU will be a leader in creating stop signs.

A few MEPs voiced their concerns about the regulations and will now go to a “trialogue”. The trialogue is when the European Commission (made of Commissioners), European Council (made up of Ministers from the 27 member states) and MEPs meet to discuss and agree on the legislation. The objective is to reach a joint compromise on the proposed rules.

A bullish case for crypto

The Markets in Crypto-assets (MiCA) will come into force and apply to all members of the European Union by 2024. The duration from now until the rules come into force may motivate people and institutions to transfer their cryptocurrency holdings off exchanges onto self-hosted wallets, reducing the circulating supply and hopefully boosting the underlying asset’s price. 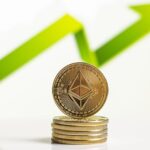 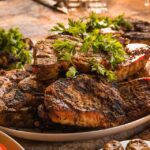